Be careful what you wish for, Isabella’s fairy godmother whispered in Isalbella’s ear.

Isabella ignored her because that is what isabella does best –  ignores people.

“Someday,” her best friend Betty said, “someday you will find out what it is like to be ignored.”

Tonight Isabella was having fun, it was the annual harvest festival ball, a fundraiser for a local children’s charity. Most people attending had borrowed or rented their costumes, giving as much as they could towards the charity but not Isabella. She had spent a weeks wage on her designer dress. She delighted in letting those around her know of this fact. Everyone admired her dress, as she expected. Then she noticed the tone the comments of admiration were being delivered in ,like a fond parent would say to a spoilt child, in order to avoid the nasty experience of a tantrum.

You are imagining it, Isabella decided. Concentrate on the ball and looking amazing, like always. So she did, she didn’t help the elderly lady find a chair, she simply pushed past and demanded that the host of the ball dance with her.  He did so with reluctance and plenty of people noticed but not Isabella.

She failed to help Betty when she felt faint due to lack of food and over excitement.Betty had given up her free time to help get the decorations in place. Isabella had been busy getting her hair and make up done.

“Just sit there Betty, you will be fine.”  Isabella commanded.

So Betty sat and promptly slid off the chair cracking her arm off a table in the process.

All of these events were witnessed by Isabella’s fairy godmother Grainne who was usually a patient, loving and forgiving fairy godmother but tonight her patience was wearing thin. She paid a visit to her boss. When she left the office an hour later she was grinning like a child.

When Grainne returned to Isabella’s side she was not surprised to see that everyone, except Isabella ,was feeling sorry and sympathetic towards Betty who was gone to hospital to have her arm x rayed. The conversation was about dreams and wishes. Isabella declared she would wish for time to stay still, because she loved evenings like this, where everyone was in good form and nothing bad was said and everything was simply fabulous and really perfect.

As soon as she uttered the words the world about her shimmered and glowed. People moved about her but failed to hear her speak. She asked for a fresh drink from a passing barman but he merely continued on walking.  This won’t do, Isabella decided.  She tried to move and discovered she couldn’t. She appeared to be stuck.

This is not funny, she thought and tried with all her might to shout, kick or squirm.

All about her the party continued on, the band was replaced by a dj and people danced around her. One or two commented on the very life like statue that sparkled and glowed but no one saw the tormented eyes that shone out at them. No one except Grainne. She wondered when she would be ordered to release Isabella from the spell but hoped it wouldn’t be for a long time because for Grainne that would be simply “fabulous and perfect”. 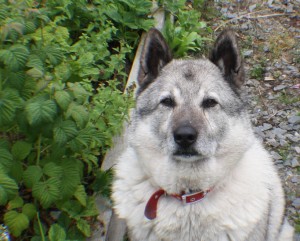 Ellie and Doug will ensure Maria wakes to reply to your comment, Cancel reply

This site uses Akismet to reduce spam. Learn how your comment data is processed.